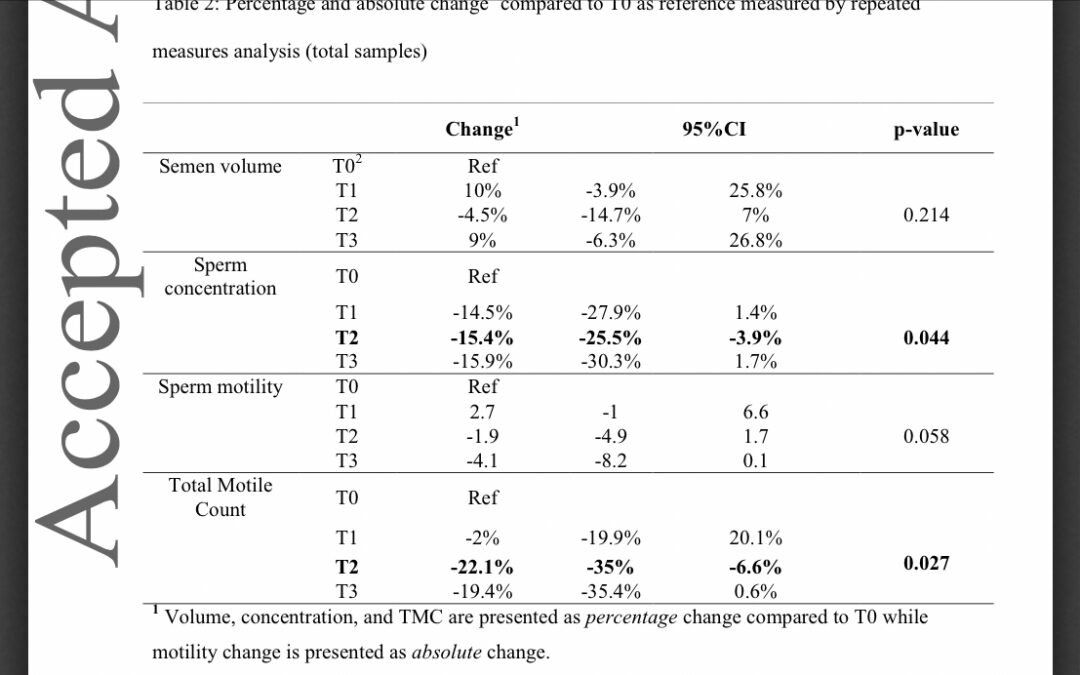 On June 17, 2022, the journal Andrology published a peer-reviewed paper showing large decreases in sperm counts among men after the second dose of Pfizer’s mRNA Covid jab.

Based on counts from men who donated sperm to three fertility clinics in Israel, this finding is devastating – medically and politically.

It cuts to the heart of the hottest button question of all about the mRNA shots, whether they have hidden fertility risks. That issue has simmered since early 2021, following my reporting that data showed the shots had caused excess miscarriages in rats – and other reports showing that measurable amounts of vaccine reached the ovaries and testes in tests in rats.

Ever since, media “fact-checkers” and public health authorities have dismissed and mocked the concerns and anyone who raises them: Now – after a half-billion men have received mRNA shots – the skeptics appear to be right. Again. The Israeli paper offers hard evidence that the vaccines may present a systemic risk to men’s sperm counts. What was a conspiracy theory is now just a theory. AGAIN.

The paper raises questions about mechanism of action that must be answered immediately. And on top of the myocarditis risk, the finding is more evidence that encouraging – much less forcing – men under 40 to take the mRNA vaccines was a catastrophic mistake.

However, the authors qualified their findings by reporting that after five months, sperm levels recovered. Thus the decreases were only temporary, they wrote.

Put aside the fact that a five-month decrease hardly qualifies as temporary for someone trying to start a family – or compared to a “vaccine” that loses effectiveness against Omicron within weeks or months.

As other writers have pointed out, the actual data in the paper do not really support the argument that sperm levels returned to normal after five months. In fact, by some measures, levels continued to decline.

Rather than acknowledging this fact, the authors offered the best possible spin on their data, while at the same time publishing the figures themselves near the end of the paper so that other researchers could see the reality for themselves.

This tactic is now commonplace among researchers putting out data that might raise concerns about the mRNA shots. It is likely a response to the overwhelming political pressure to hide the deepening crisis around the safety and efficacy of shots that governments have given to over a billion people worldwide.

Below is the crucial chart, which shows that “total motile count” – the number of sperm in the ejaculated semen – plunged 22 percent three to five months after the second shot (T2) and barely recovered during the final count (T3), when it was still 19 percent below the pre-shot level. 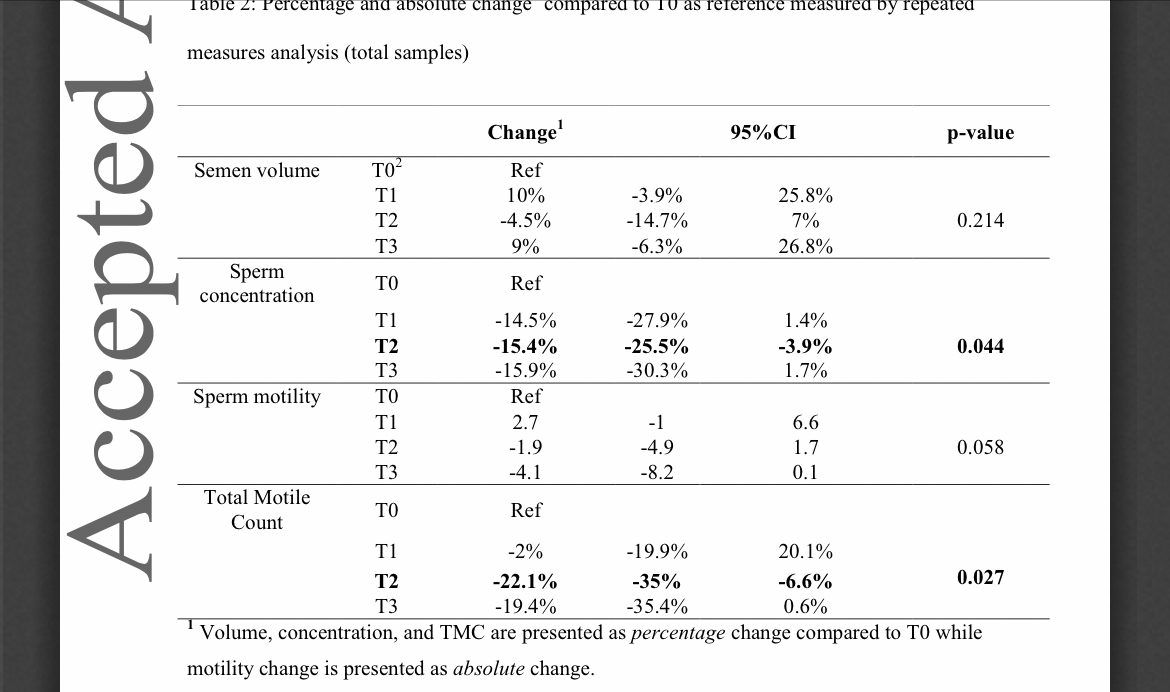 Even more importantly, the fall in sperm counts CANNOT be blamed on short- or even medium-term inflammation as mRNA-generated spike proteins causes our immune cells to ramp up the systemic production of anti-spike antibodies. If that were the case, one would expect to see a short term decrease in sperm count that reverses over time. Instead, total sperm counts are unaffected shortly after the mRNA shots, then decrease months later and hardly recover.

To play down this unpleasant reality, the researchers instead focused on the fact that median rather than average counts did recover after five months. (The median is the numerical midpoint of a series; If a series goes 1, 2, 3, 4, 20, the median will be 3, but the average will be 30 divided by 5, or 6.)

Both the median and the average can be valuable statistics. Using the median rather than the average will hide extreme outliers. In this case, the fact that the average fell much more than the median is a sign that some of the men probably had near-zero sperm counts in both the second and third time periods – and that fact is arguably more important than the median change.

All of which is to say that this data cannot be easily explained away and should not be ignored, as badly as the media would like to do so. The fall in sperm counts is part of an emerging and increasingly dark picture about the long-term health impacts of the mRNA shots – and should all by itself convince parents not to risk exposing their children to these powerful biotechnologies.