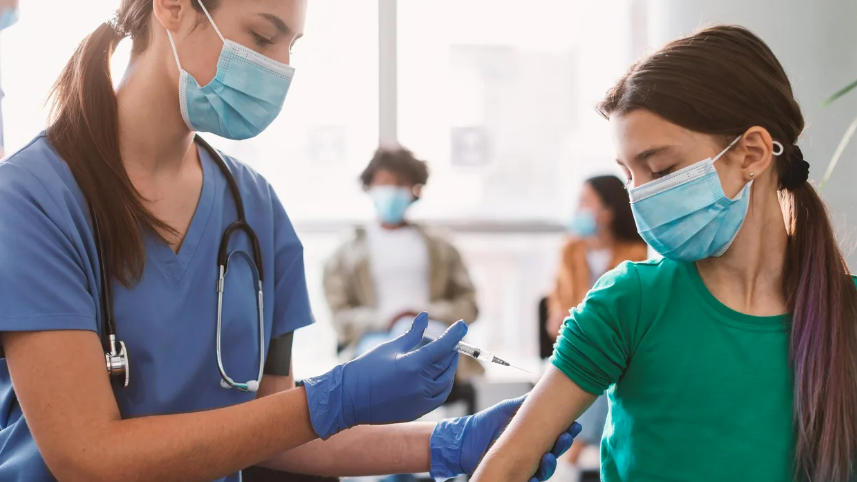 According to data from Techniker Krankenkasse, the largest German medical insurance company, there were a total of 437,593 insurance claims billed under the four diagnostic codes for vaccine injury in 2021. To put those numbers in perspective, the total numbers billed for a vaccine injury code in the two preceding years was 13,777 and 15,044, respectively. As the Daily Skeptic notes, given that TK insures 11 million people, that means 1 in 23, or 4.3%, had a medical treatment billed for vaccine injury. And that assumes all 11 million were vaccinated. The background vaccination rate in Germany is 78%, although most of the unvaccinated are children, so the rate of injury per vaccinated person is likely even higher (5.1%).

Putting aside confounding factors, but just to provide a rough estimate to open your mind to the scope of this problem, a 4.3% clinical level injury rate, if extrapolated for the 223 million vaccinated in the United Sates, would equal approximately 9.6 million injured Americans. While that number sounds unconscionable, remember that this data harmonizes almost perfectly with the Israeli health ministry survey that found a 4.5% rate of neurological side effects just from those who received booster shots (not total doses, which is likely more).

However, this data, and the extrapolation for the U.S. population, is even more credible when you look at the VAERS data. The total number of reported hospitalizations, urgent care visits, or doctor’s visits reported to VAERS (just for the U.S.) for the COVID shots as of Aug. 5 is 337,579.

Obviously, vaccine injury billing codes, VAERS data for doctor visits, and the Israeli health ministry survey are not the exact same data point, but they all seem to coalesce around a rate of several percentage points of injury beyond the typical mild symptoms one would expect to experience from the shot. Moreover, we can actually independently verify the German billing data more precisely by using the same diagnostic codes for vaccine injury in the U.S. military. The four codes tabulated in the German TK billing data for 2021 are the following:

I asked a source in the military with access to the Defense Medical Epidemiology Database (DMED) system to pull equivalent data on vaccine injury. While some of these codes did not come up, here is the data for T50.B95, “Adverse Effect of Other Viral Vaccine.”

The rate of increase is 11.6-fold, not as dramatic as the 30-fold increase in Germany, but this is just one code. Also, it’s likely that the military population would have a higher baseline background rate of reported adverse effects annually than a civilian population because they receive many more vaccines every year per capita.

When using ICD codes to extrapolate the scope of vaccine injury, keep in mind that these numbers likely substantially understate the total adverse events. Most doctors worship the vaccine with religious fervor, and there is a virulent stigma against implicating the vaccine for a particular malady or injury. So the fact that medical billing codes are hinting at this degree of cataclysmic injury is astounding. Moreover, there are no billing codes for death, which is clearly being underreported.

That the shots are still even being made available, much less coerced upon the public in many circumstances, represents the greatest violation of the Nuremberg Code of all time. It’s not even the fact that they are experimenting on all of humanity. The data is in and the shots have affirmatively been proven dangerous. They are no longer even experimental.

In a shocking letter, the incoming president of the Australian Medical Professionals Society, Christopher Neil, made it clear that Australian doctors must not be gagged in speaking out and offering informed consent. “Indeed, now 17 months later and after numerous forms of pressure to take up the COVID-19 injectables in various age categories, a tremendous amount of data is available to more fully and accurately inform clinicians about these products,” wrote Dr. Neil to the Australian Colleges and Associations of Medicine, Health, and Science, and members of Parliament. “This literature includes over one thousand peer reviewed studies reporting of the harms being seen around the world, up to December 2021.”

Neil observes the obvious – that the degree of adverse event reporting is sky-high. “To be clear, the TGA has received more Adverse Event reports in 2021 through June 2022 for the COVID-19 vaccines, than they have been seen for all other vaccines in the preceding 50-year period.”

If you just take the data from VAERS and the EudraVigilance system of the European Medicines Agency, there were a total of 76,253 dead and 6,033,218 injured, as of mid-July. That in itself is mind-blowing, but if you adjust for an underreporting factor of 41, that would total nearly 1.9 million deaths and 247 million injuries! Amazingly, yet sickeningly, 247 million injuries would equal 4.6% of all the people jabbed on this third rock from the sun – nearly exactly the extrapolated rate of injury from the German medical billing data!

Some are asking whether Steve Deace and I were overly dramatic in calling this the Fourth Reich and demanding a Nuremberg trial. But as the days pass and the sheer horror of this becomes apparent, the public will want to know why there was no demand to abide by the Nuremberg Code from day one.