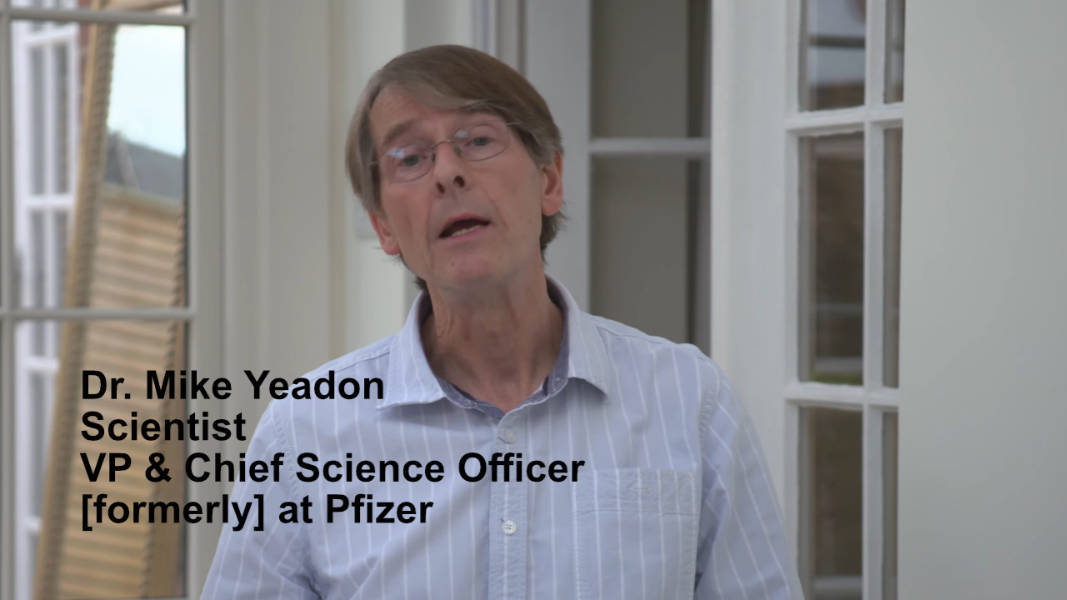 Two of the experimental gene-based injections have been paused or halted, and reports of clotting, stroke, anaphylaxis, miscarriage, Bell’s Palsy, and a host of other neurologic and auto-immune disorders plague the others. And those are just the short-term risks.

Has all humanity been enrolled in a vast and unimaginably dangerous phase-three clinical trial without our informed consent? All for a disease that for the overwhelming majority of us is, officially, 99.7% or better survivable… if we even get it?

Dr. Mike Yeadon, immunology expert and formerly a Vice President and Chief Science Officer at Pfizer, believes the big experiment is well under way, and that the hypothesis it seeks to prove is as bold as it is terrible.

A cogent and clear thinker who has been attacked in proportion to his qualifications, Dr. Yeadon, at great personal risk, issues a chilling warning, not just about the grave dangers surrounding the injections, but about the looming threat of digital health “passports” that will take inexorable control over every aspect of our lives.

If we allow them.

A tidbit from the video: variants on a virus do NOT require new/different vaccination.

We have been warned.